Valentine’s Day is just around the corner.  It’s a fitting time to blog about something I have a little crush on—bees.  I’ve had a bee as part of my logo for Rachel Bauer Design since I first started the business in 2001, but my love for the bee motif began years before that.  In a history of decorative arts class at Parsons, we were told that the bee became Napoleon’s emblem when he ruled France because he took the French Royals’ emblem, the fleur de lis, and turn it upside down, making a bee.  Then he could reuse the yards of fleur de lis fabric hanging in the palace, simply by turning it the other way.  I’m not sure if that’s a true story, but I love the idea that the French have been recycling since the early 1800’s. 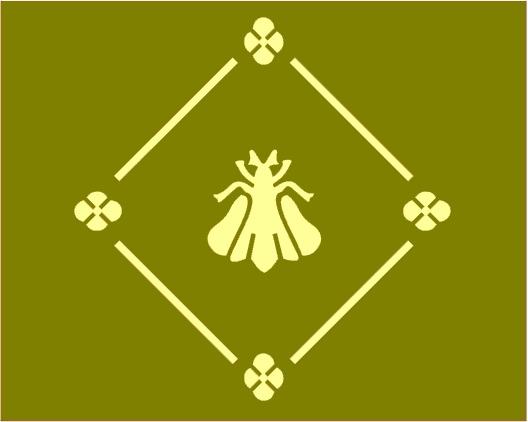 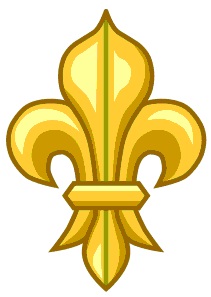 I have lots of bee things I’ve collected over time.  I love honey pots that feature bees.  Here’s a picture of the ones in my kitchen: 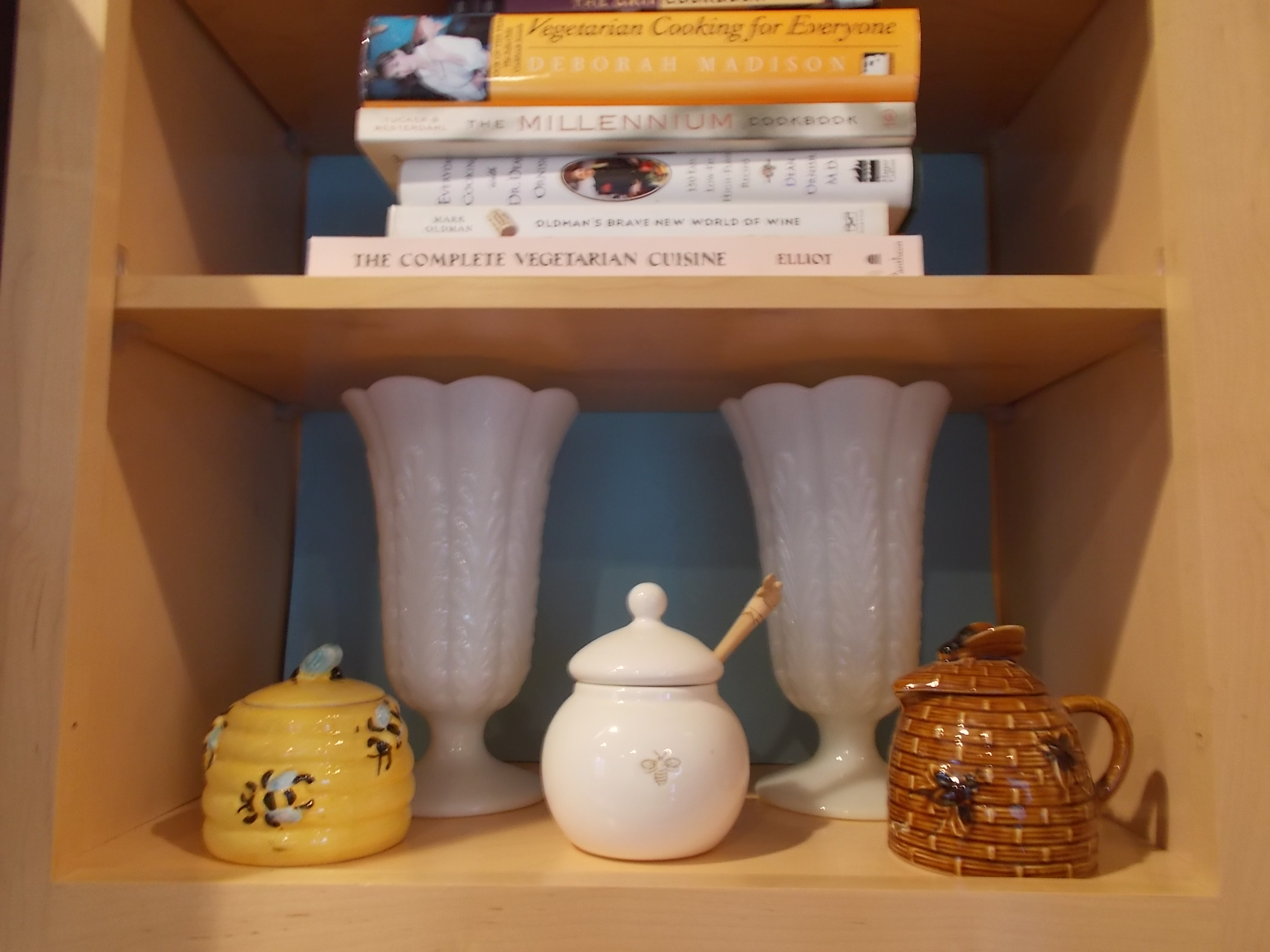 And my favorites including this one, William Yeoward’s Buzzy honey pot, are in my Dining Room: 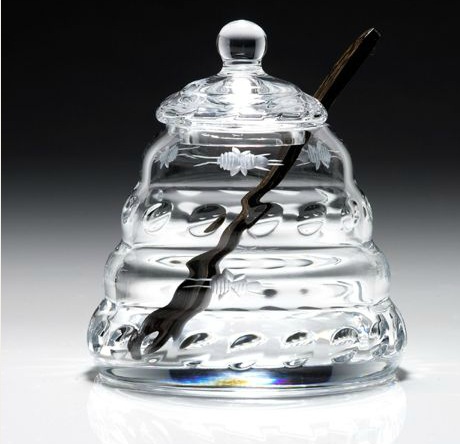 I also love my bee paperweights: 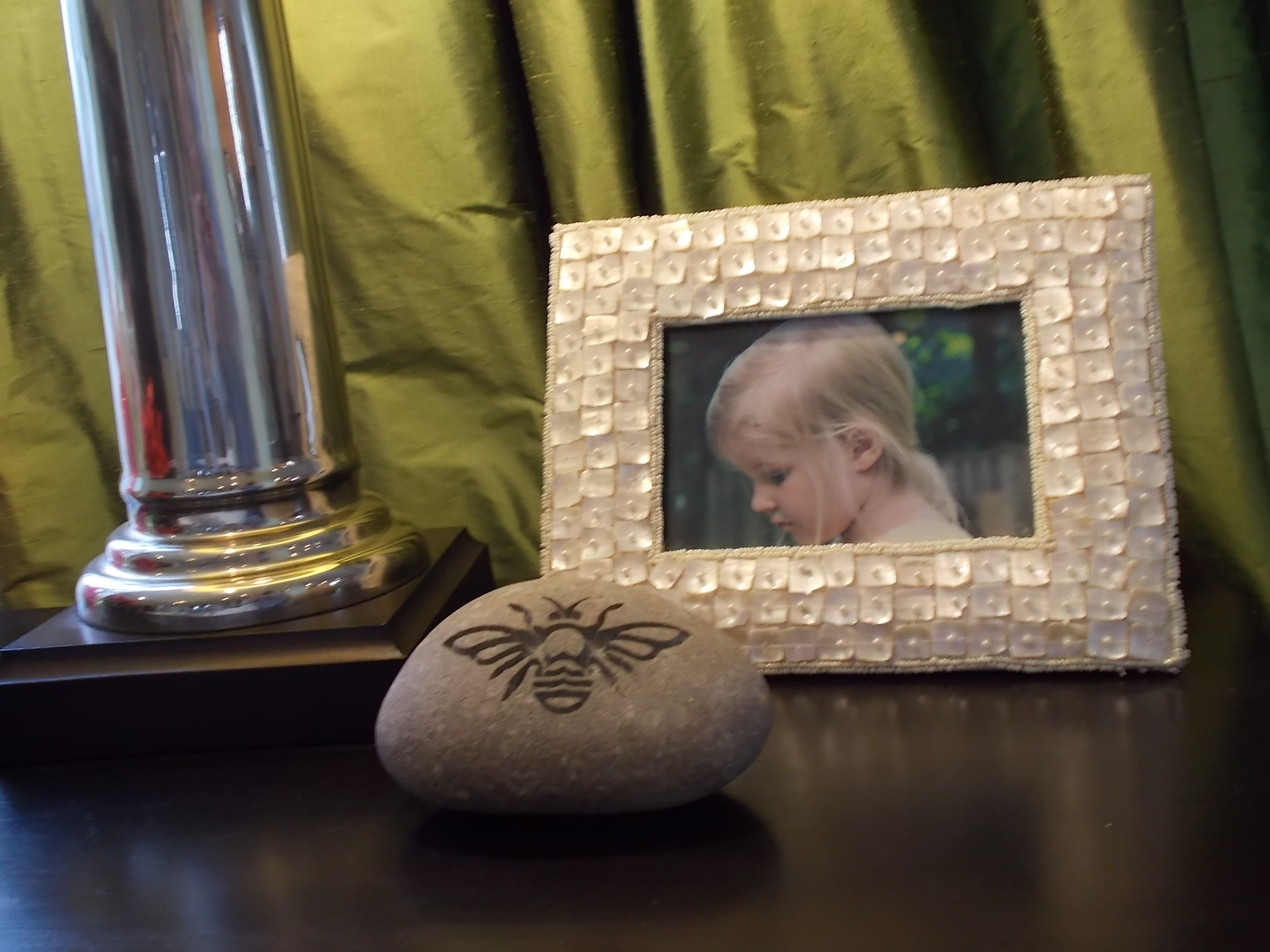 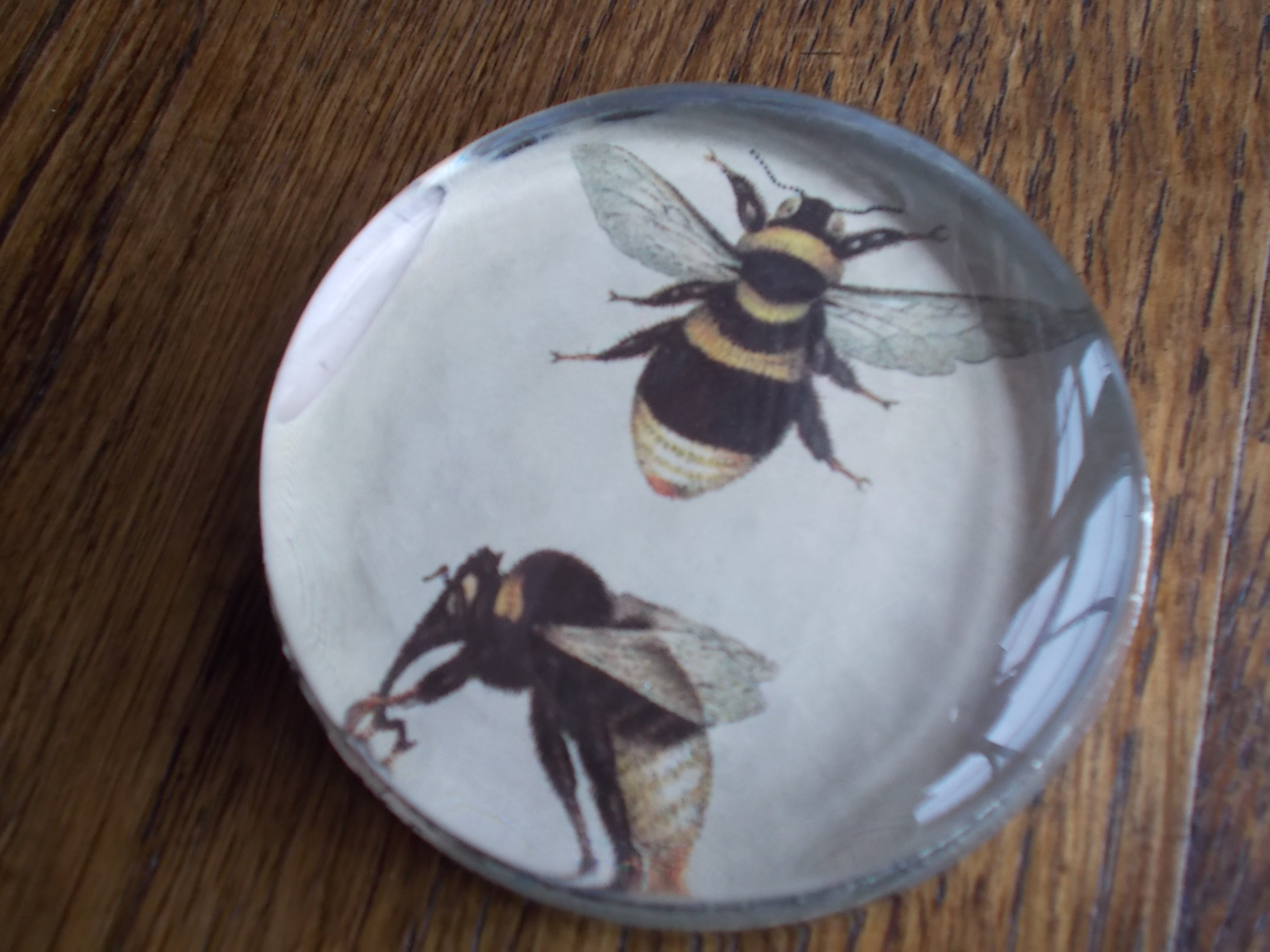 When I was working on Home Made Simple, the home design TV series on TLC, Wanda Colon and I did a project where we etched a mirror in one episode.  I tried it out first in my own home (just to make sure it would work.)  Here’s the etched bee I added to my daughter’s Bathroom mirror: 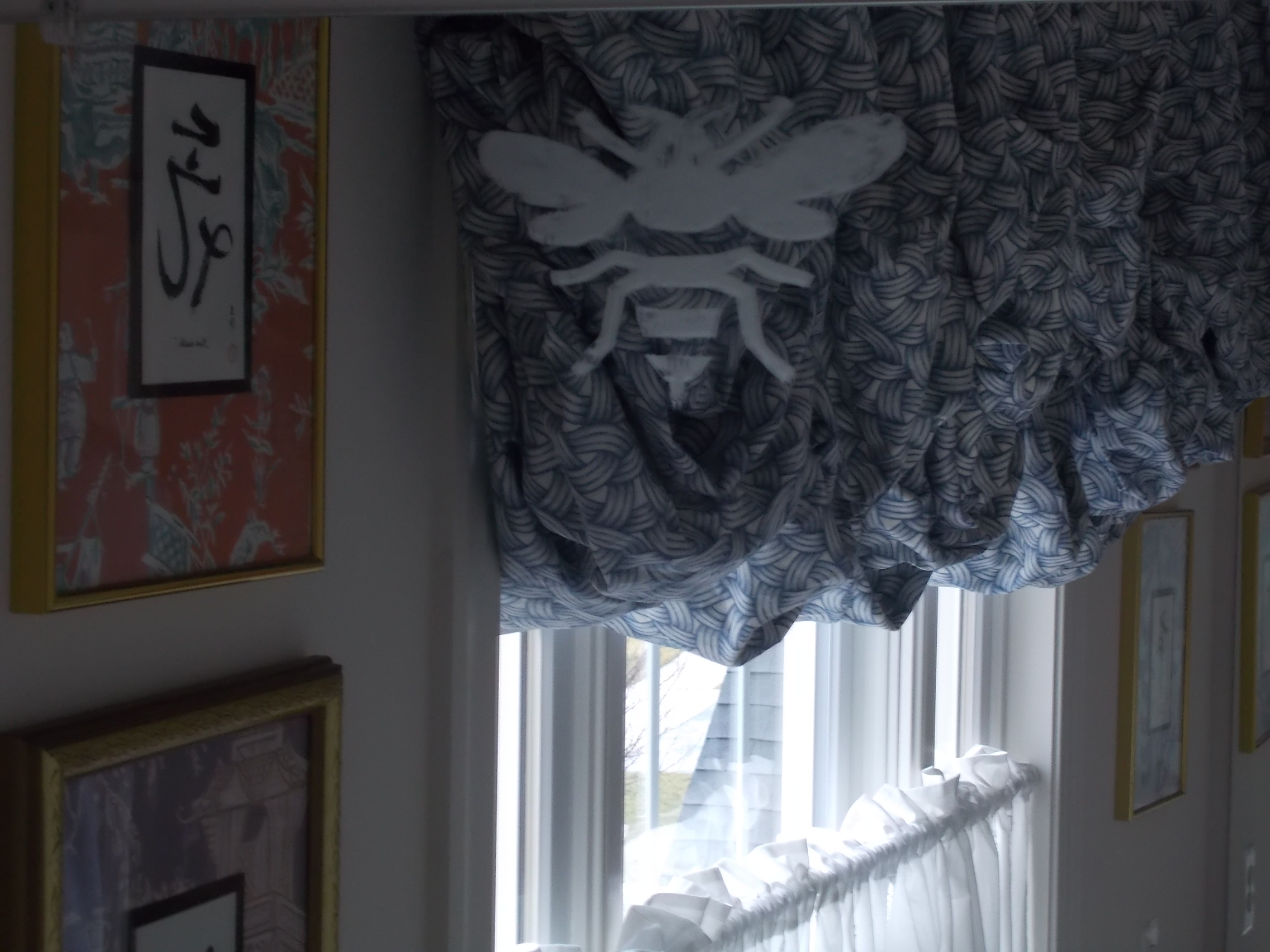 Finally, as I think about other loves, I’m definitely thinking of my family.  I have a new phone, and my sweet,  tech-savvy nine year old daughter designed a background for it.  She knows me well and added a bee and a positive message: 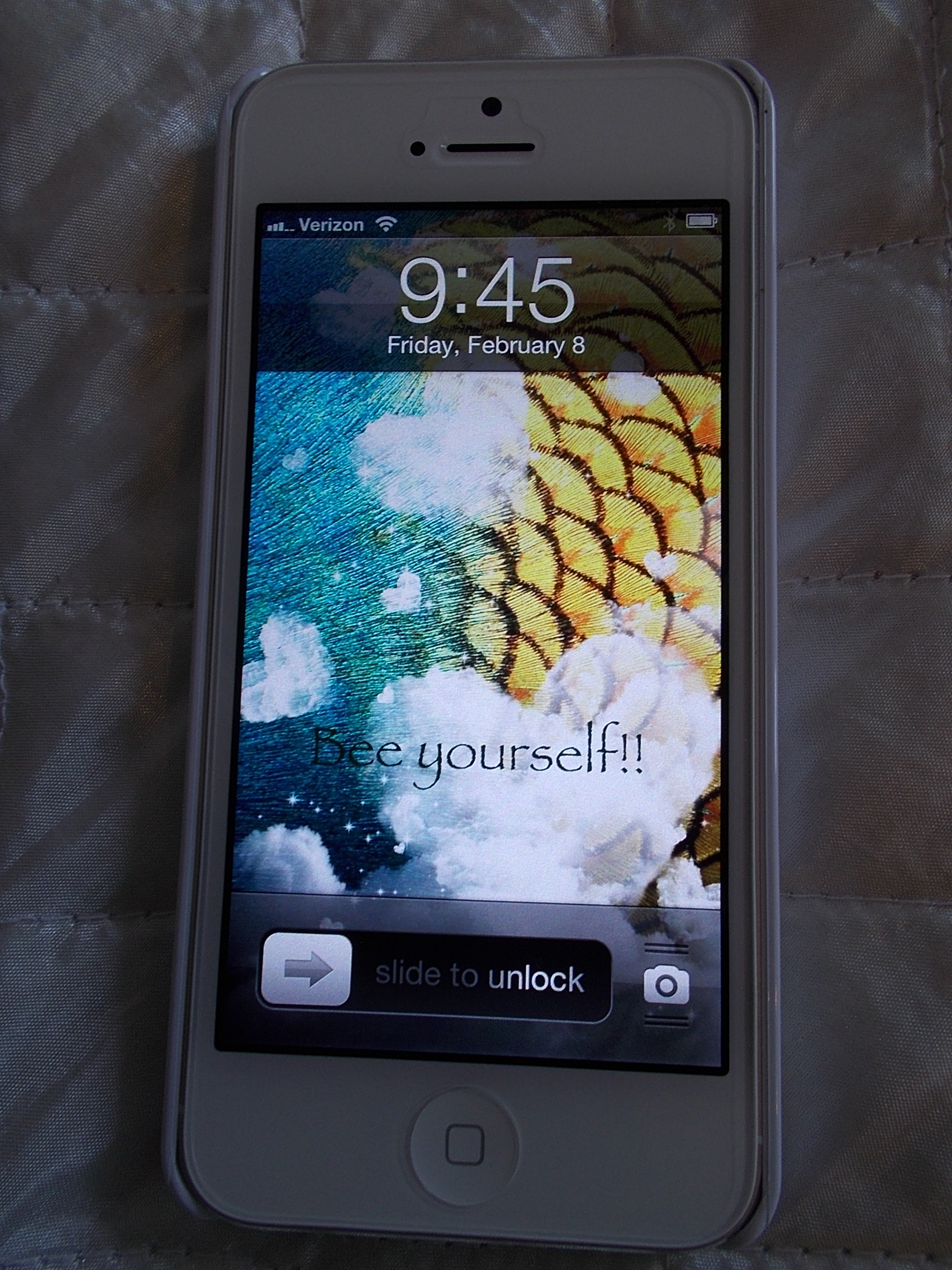 Happy Valentine’s Day!  Surround yourself with the people and things you love!

« Sunshine on My Shoulder Makes ...
Blooms in Rooms »