Published on April 20, 2017 by Rachel Bauer in Before & After, Blog, One Room Challenge, Uncategorized 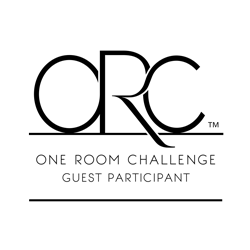 It’s week three of the six week One Room Challenge where I’m redecorating our Media Room.  If you missed the first two weeks, you can see them here and here.  For this past week, my main goal was to attempt to dye my Ikea Ektorp chaise covers.

In this “before” picture, the chaises are in our Game Room.  I want to move them into the Media Room to add additional seating, but the green covers won’t go with the design.  Ikea doesn’t sell these chaises or the slipcovers for them anymore.  I did find a source on Ebay that sells slipcovers for discontinued Ikea pieces, including these chaises, but they’re in China and the lead time is 4-6 weeks, so that really wasn’t going to work.

I’ve dyed other fabrics for my past ORC’s.  My favorite dying project was in my first ORC for my Master Bedroom, when I melted crayons and added a ikat pattern in a pseudo-batik method to plain white fabric and then dyed the background yellow.  I ended up not talking about it that time around because I had so many other projects to mention.  Here’s the pillows that resulted from the batiking and dying: 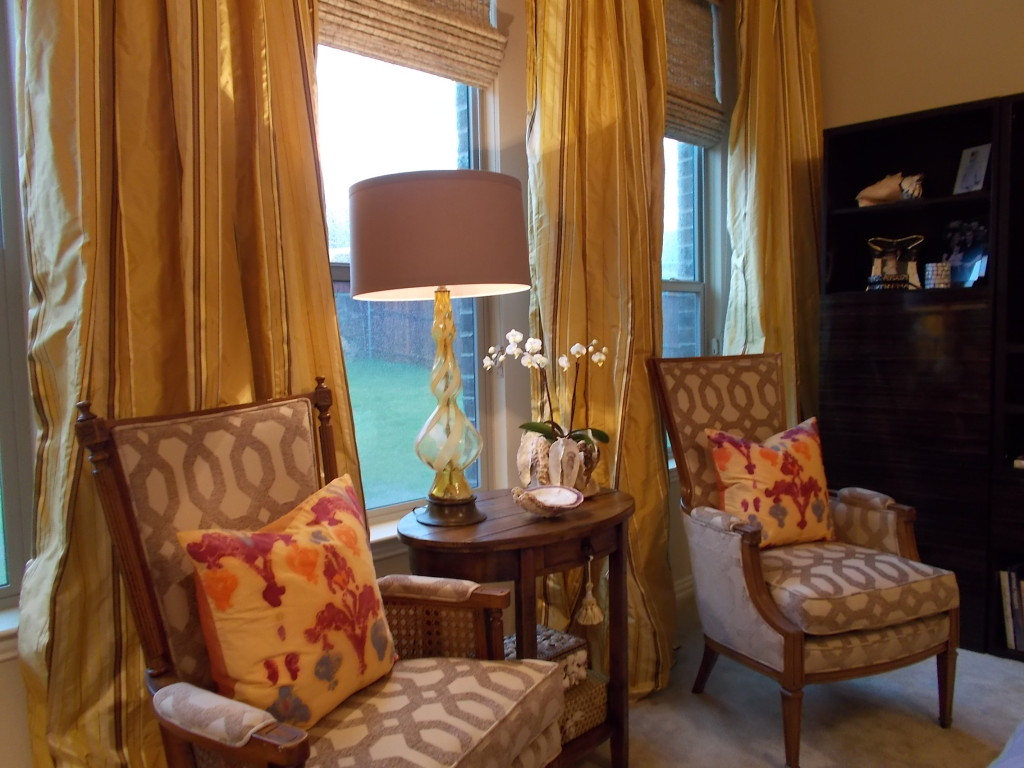 Dying the slipcovers should have been a much more simple process, but it’s so much fabric.  I’ve never dyed anything in my washing machine (I’ve always used a bucket or my laundry room sink,) but this time, because of the large amount of fabric, I had to use it.  It ended up being very easy.  I used five bottles of this Rit dye:

Each bottle says it’ll dye 2 lbs. of fabric.  The two back cushion covers together weighed about 2 lbs., each seat cushion cover weighed about 2 lbs., and the base slipcovers weighed about 3 lbs. each, so I decided to do the back cushion covers together and everything else would be dyed in separate loads.  I was worried that the base slipcovers wouldn’t be as dark as the rest of the pieces, but they turned out beautifully.  I did open the washing machine and stir the fabric every few minutes during the wash cycle to make sure that all the fabric was getting covered with the dye.  Here’s a peek at the results: 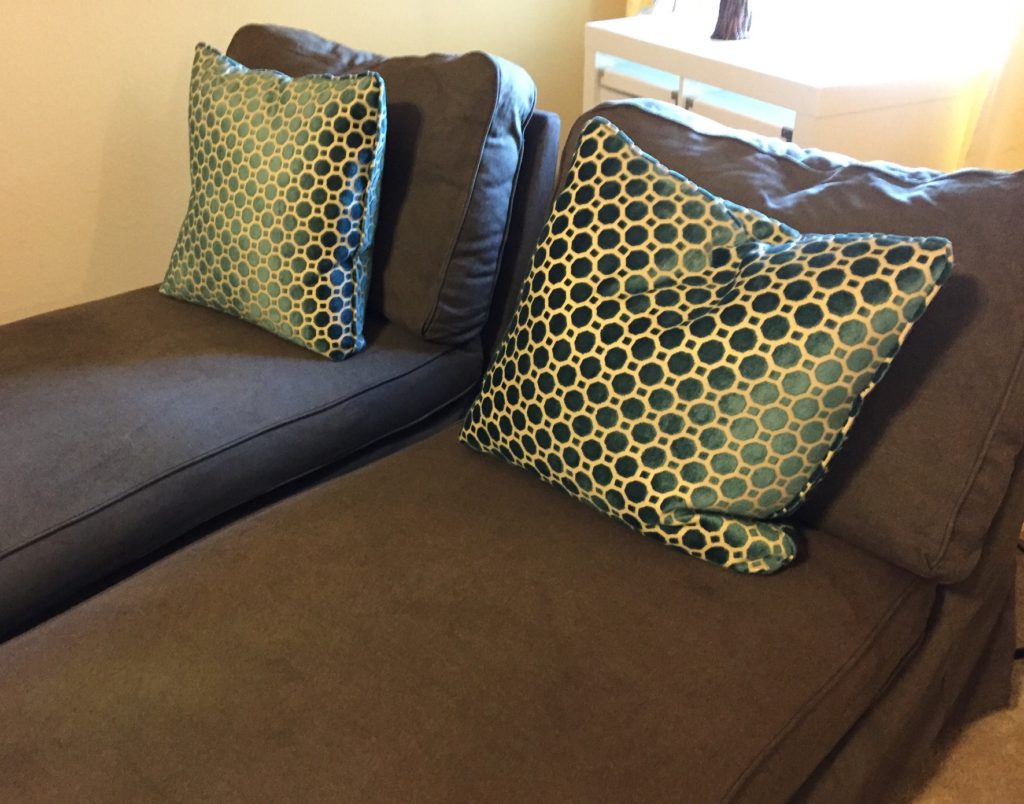 This week I also started demoing the half wall that basically split the room in half and made it impossible to have more that three seats in here. 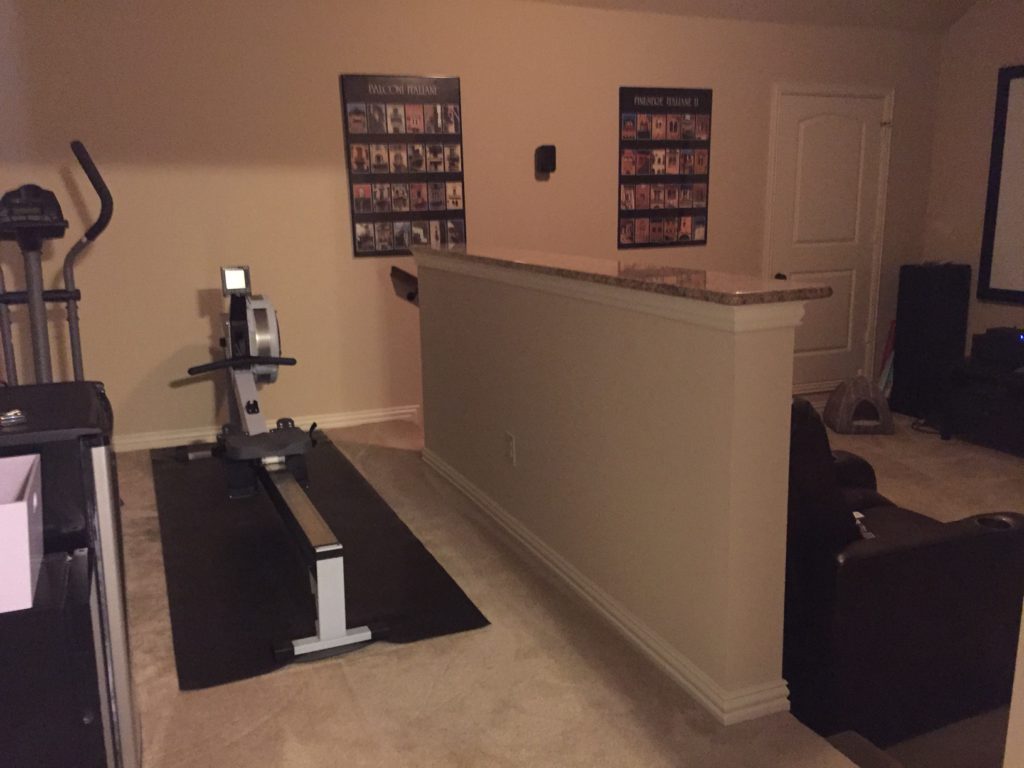 Media Room half wall before.

Here’s how it looks most of the way though demo: 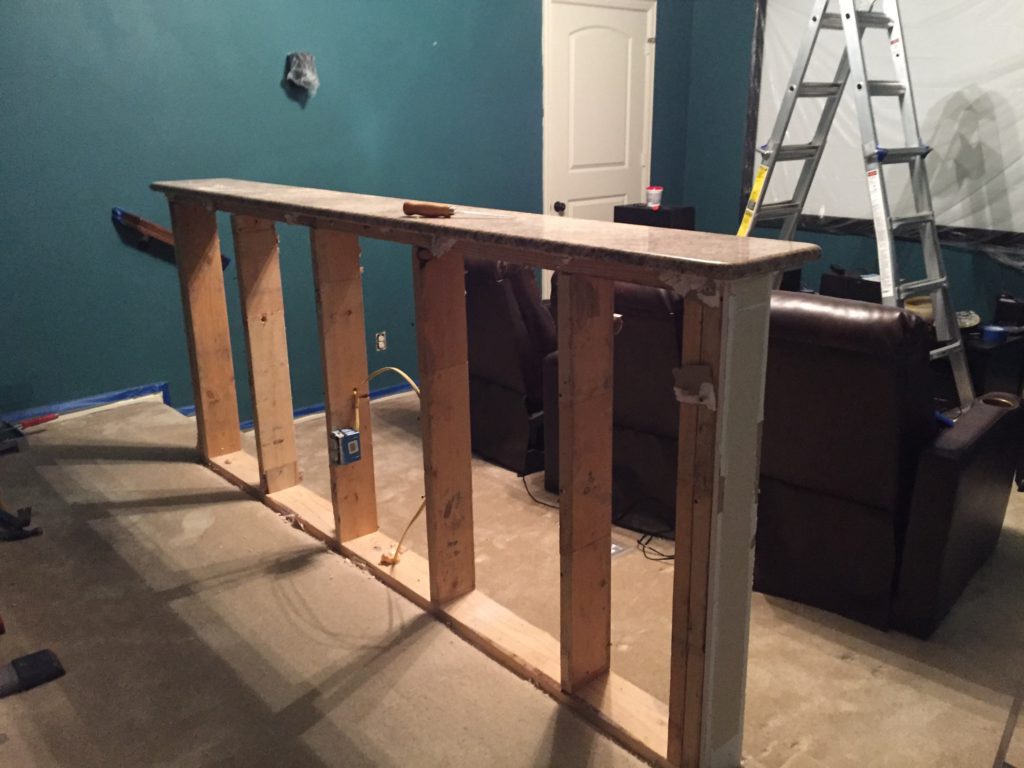 That’s it for this week.  Next week I’m hoping to have my theater curtains up.  Look at all the beautiful work of the ORC  Wednesday participants and the other guest participants.

Have a great week!